Sign up and receive Discovery updates, blogs, and market news directly to your inbox.

Recent publications, including a landmark paper from Novartis¹, demonstrate the viability and utility of cryopreserved leukopaks, dispelling the viability myth.

Cell therapy, whether autologous (using the patient’s own cells) or allogeneic (using cells from a donor), is critically reliant on starting material in the form of viable, human cells. As we discussed in part one in this blog series, starting material represents the greatest risk, and the greatest potential for variability in the end-to-end process of manufacturing a therapeutic and treating a patient. The entire manufacturing process for a product such as a CAR-T therapeutic occurs in a carefully controlled cGMP approved manufacturing facility under the auspices of experienced manufacturing specialists.

The less controlled part of the process, especially as far as the manufacturing company is concerned, is the portion that occurs outside of their lab, and outside of their control. This includes the collection of the leukapheresis material, any processing by the supplier, and – most concerning of all – the transportation process to move the leukopaks from the supplier to the manufacturing facility. A level of concern that can swiftly escalate from ‘mild’ to ‘nail biting’ as the transit time increases, or if the transit will be across international boundaries, or if the shipment must change planes. Or anything else that increases the complexity of transportation and the potential for delays and temperature excursions. This high-risk portion of the supply chain can be mitigated by switching from fresh to cryopreserved leukopaks, which are far more resilient against problems and delays encountered during transportation.

The chief objection to cryopreserved leukopaks has historically been a concern over the potential for reduced recovery and viability of the delicate immune cells following a freeze-thaw cycle.
However, the weight of published literature in recent years tells a different story.

The chief objection to cryopreserved leukopaks has historically been a concern over the potential for reduced recovery and viability of the delicate immune cells following a freeze-thaw cycle.
However, the weight of published literature in recent years tells a different story, and demonstrates that with proper handling and processing, cryopreserved leukopaks can have recovery and viability levels comparable to fresh, while allowing all of the benefits that come from stabilizing cells at temperatures below the glass point.

A few examples drawn from the literature comparing the viability of post-thaw cryopreserved cells with their fresh, un-frozen counterparts include a 2019 study by Clarke et al., [2] which compared fresh leukopaks for viability immediately prior to cryopreservation and again post-thaw to determine the effect of the freeze-thaw cycle on the viability of the cells. Post-thaw recovery ranged from 85 – 97% compared to the pre-freeze values. Additional studies on T-cell, B-cell, Monocyte, and NK cell viabilities and distribution showed these values to be essentially unchanged before and after cryopreservation. In a second study in the same paper, leukopaks from 3 different donors were cryopreserved and shipped to a collaboration partner for thawing and analysis. Recoveries in this experiment ranged from 86 to 96% with viability ranging from 93 – 97%.

In a similar vein, Wang et al., [3] evaluated fresh and cryopreserved leukopaks before and after freezing and noted a mean viability across all of the leukopaks tested of 97.5% when compared to pre-freeze values. As well as normal distributions of CD3+, CD4+, and CD8+ populations and of the relative abundances of the different cell types (B-cells, NK cells, and Monocytes) within the samples. The authors note that these results suggest the potential of cryopreserved leukopaks as a viable alternative to fresh for the shipment of apheresis products from collection centers to cell therapy processing centers around the world.

Comparative study data: fresh vs cryo leukopaks all the way out to 2 ½ years in cryo storage

In their comparative studies, the Novartis researchers evaluated cryopreserved cells for post-thaw viability, demonstrating a consistent 80% viability for cryopreserved leukopak cells post-thaw and washing, a figure well above the acceptance criteria to enter manufacturing.

The authors also demonstrated the viability of cells derived from cryopreserved leukopaks after 30 months was comparable to that from cells in cryopreservation for 6 weeks, as evidenced by cell viability, recovery, and phenotype composition data. Temperature excursions above -40C reduced post-thaw cell viability indicating that controlled storage below that temperature such as vapor phase liquid nitrogen (LN2) should be used during shipment and storage, but so long as these storage conditions were met the cells could remain viable during shipment or storage for two and a half years. This long-term stability not only improves manufacturing flexibility but has a huge therapeutic benefit to patients and physicians, enabling the proactive collection and storage of leukapheresis products to support future therapy at a time when their cells are healthier, less exhausted, and less senescent. Enabling treatment of patients using healthy cells at any point over the next two and a half years.

As we discussed in the first blog in this series, the logistical problems associated with fresh leukopaks including transportation from the collection center to the manufacturing center, the hard deadlines that fresh cells place on manufacturing, and the inability to store fresh leukopaks prior to manufacturing all contributed to the decision to transition the manufacturing of Kymriah to cryopreserved starting material. In the end, Kymriah was successfully manufactured in centralized facilities using cryopreserved leukopaks and used in two global clinical trials with more than 50 centers spread across 12 different countries for the treatment of relapsed/refractory B-cell precursor acute lymphoblastic leukemia (B-ALL) in children and young adults (ELIANA; NCT02435849)[4] and diffuse large B-cell lymphoma (DLBCL) in adults (JULIET; NCT02445248)[5]. A task that the Novartis authors are quick to point out would have been impossible without the advantages conveyed by cryopreserved leukopaks.

One common thread running through all these publications is that post-thaw viability is only as good as your pre-freeze viability...

One common thread running through all these publications is that post-thaw viability is only as good as your pre-freeze viability, therefore optimizing handling and processing immediately prior to cryopreservation is critical for post-thaw recovery. In the next blog in this series, we will look at the critical factors that can affect the post-thaw recovery and viability of immune cells from cryogenic leukopaks and how the ability to address these factors leads to the success stories outlined above. 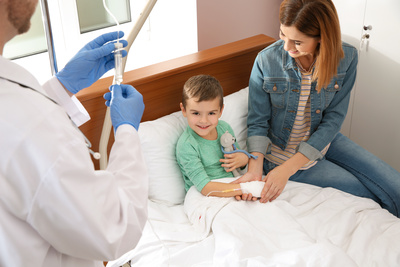 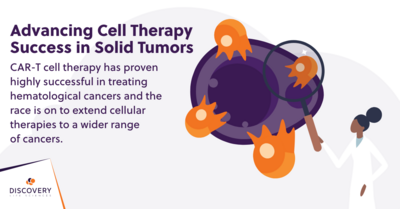 To propel your projects with The Power of Discovery.™

Let us know about your project!

designed and loved by: